How To Write A Character Analysis Essay: Writing Guide 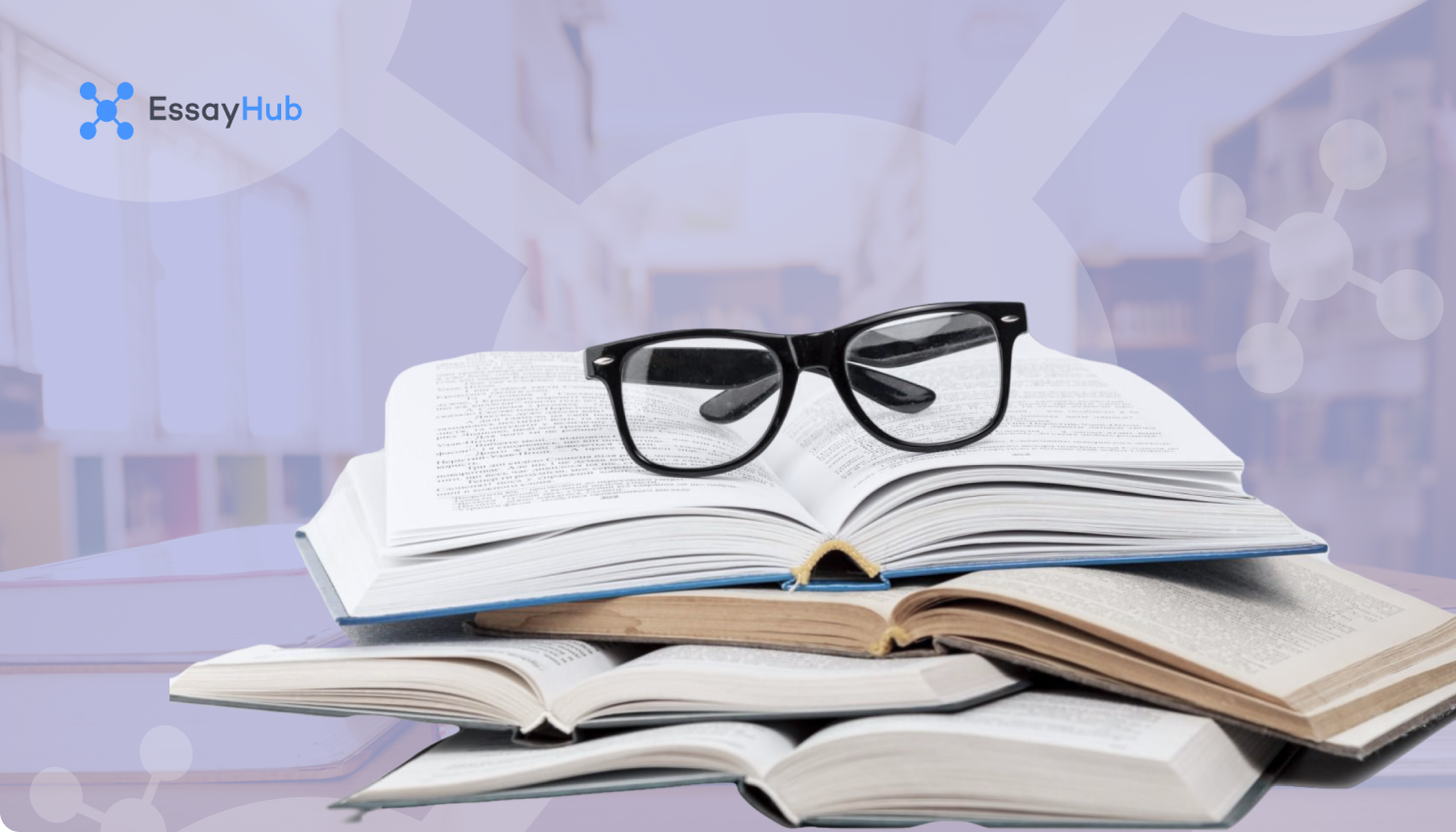 In literature, a character is a term used for a verbal representation of a person, particularly the person's inner self, which influences behavior, thought, and speech. The interaction of circumstance and character is captured by literature through action, dialogue, and commentary. These interactions are livened by literature by presenting characters that are worth rooting for, loving, and taking care of. In addition, some characters make the audience laugh, hate or dislike. This essay presents the procedure of writing a character analysis essay. What Is A Character Analysis Essay?

Throughout the course of our lives, we are surrounded by our favorite characters from the stories we read and the films we watch. The character analysis definition will show that any character has a story to tell, whether it is Winnie-the-Pooh from the same-named tale or Alice in Wonderland.

Character analysis essay will ask you to describe a particular character. Starting with their physical appearance and moving to the character's motives, aspirations, relationships with other characters in the story, and challenges they overcome.

The character analysis essay format commonly reflects a traditional essay's structure. You start with an introduction of a character, proceed with the analysis, and finish with a conclusion. Want more details? Keep reading or get professional help from our essay writing service online.

To define character analysis, one must consider what it would have meant to write about a person they know. Think of your friend. What makes them who they are? Age, gender, appearance, job occupation? Once you start thinking of all features which make someone in real life distinctive, project these characteristics on the characters from the novel or the movie screen.

Remember that character analysis means thinking critically about what distinguishes a particular character from others. Start with what you see and continue with what might be hidden from the reader's or the viewer's attention.

For instance, Mia Wright from the screen version of Little Fires Everywhere is African-American, a feature shown both in her physical appearance and socioeconomic status. In this particular essay on characters, you can write about how Mia is set in opposition to Elene, a rich white woman who desperately tries to prove she is not a racist.

Classification is that saving tip when you do not know how to start writing a character analysis. In fact, all stories, whether bookish or on-screen, have essential pairs of characters to brighten up the story. The contrast makes perfect. Imagine how Joanne Rowling would have written such a wonderful story of good and evil if all her characters were gracious and positive. Yes, there would have been no Harry Potter story in this case.

So, which types of characters make the story tick?

How To Write A Character Analysis Essay?

Now that you have familiarized yourself with the above details let's answer the major question - how to write a character analysis essay? - by keep on reading the following:

All essay writing starts with reading. Or watching if you have to write an essay about the character from a movie. So, before choosing which character to write about, check out the story they participate in. Then, while reading or watching, make a list of the main and secondary characters. Any character analysis essay example will be based on a well-explored outline of the entire story. So, check all essential parts like exposition and climax to see how the plot drives the character's development.

If you still wonder how to start a character analysis, write down your first impression about the character at the story's beginning and in the concluding scene. Think of Joanne Rowling again. While writing a character analysis essay about Neville Longbottom, you will see that in the first scene, when we meet the character, Neville is a clumsy kid who loses his frog. However, with the progression of the saga, we see Neville taking a stand against his friends in the second book and challenging Voldemort in the last one. The story shows how Neville transitions from a clumsy child to a courageous young man.

Choosing the right character seems like the easiest part of the job. But, in fact, it is not. First, try writing a good character analysis example paragraph: you are good to go only when you finally understand the character and what motivates them. Second, any guide on how to do character analysis will tell you that the best character to choose is the one that triggers the most vivid emotional response in you. Sure, you might not like the Grandmother from Flowers in the Attic, but she is a great villain who triggers your disgust and hatred. So, explore your feelings.

Another powerful piece of advice for spicing your essay with more details. How can you analyze a character most effectively? By being attentive to the tiniest details. While reading the story, underline all information you think is important for introducing the chosen character. Your character report may contain the following criteria:

Now that you know how to do a character analysis, think of the main essay idea.

A thesis statement is the last sentence in your introductory part, which contains the main idea you will defend. The following is an example of character analysis: "In "The Perks of Being a Wallflower," Charlie is the main character who embodies the stereotypical teenage problems and successfully overcomes them in the end, adding confidence to the reader who might be an adolescent."

An effective character analysis thesis statement should contain one idea about the character which you consider important to discuss with the audience.

Leave your character analysis conclusion as the last stage since conclusions commonly summarize the main points of the body. Instead, focus on writing a body that traditionally includes three paragraphs of evidence for your thesis statement.

Cite lines from the story which support your ideas. The best evidence is one taken from the primary source.

You may write your character analysis introduction while writing the essay's body since new details will always occur, making your introduction part a constant work in progress.

The character to be analyzed for a character analysis essay is normally assigned to the student. However, if the character is not assigned, the writer needs to choose only those characters playing a key role in the story. Characters that appear flat in that they are either bad or good with no complex motivations to consider may not be ideal for character analysis. The writer also needs to read and re-read the story to fully understand it and all the characters. While reading, it is important to notice each place that the character appears and take into concern the following:

The other aspect of the character analysis assignment is to pay closer attention to the ethics of a character. This is in terms of whether the character makes unjust or just choices. For instance, some characters make choices that are morally correct only when it is convenient for him or them to do so. However, some can stick to their principles even when life is at a compromise.

Read out how to write a process analysis essay guide on EssayHub blog. Get help with biology homework or any other from our professionals.

Ever wondered how to analyze a character without an aching thought 'don't know where to start? Then, check the list of questions we have prepared for you.

a) Provide background to the story;
b) Introduce the author and title;
c) Thesis statement (state the traits of the character and how they influence the story).

Presentation Of The Character At The Story’s Beginning

a) Identified traits of the character;
b) The impact of these traits on the story;
c) How does the character’s trait portray him or her?

The Transformation Of The Character In The story?

A Description Of The Character At The Story’s End

a) What are the character’s traits at the end of the story?
b) How does the trait influence the story?

What does the character’s experience teach the readers and what are your general feelings towards that character?

Iron Man is an American comic book and movie superhero. Anthony Edward Stark, more often called Tony, is a fictional character and a superhero of Marvel Comics and their adaptations.

The audience is familiar with the character due to the movies "Iron Man," "Iron Man 2", and "Iron Man 3". Besides, he is the main hero of the animated series "Avengers Assemble" and "The Avengers: Earth's Mightiest Heroes." This character analysis essay example will dwell on the character's traits and personality.

So what is Iron Man like? What character traits does he have?

Tony Stark is an eccentric genius engineer, playboy, billionaire, philanthropist, and heir to one of the world’s key arms manufacturing and supply companies. He is an outstanding inventor in the field of military technology. He is rich and has his own company. He likes to party but at the same time devotes an enormous amount of time to his work.

He is cynical, but after being captured by terrorists, he reconsiders his views on life and decides to take up peaceful technology. The fact that the main character becomes a superhero not by accident - as it usually happens in such movies - somehow refreshes the genre.

Tony’s parents, Howard Stark and Maria Stark were famous scientists who worked on innovative scientific projects (including the development of a special bio-armor).

From an early age, Tony took an active interest in technology. He could stay in his room for hours inventing various gadgets. Stark successfully developed his parents’ scientific ideas. He creates his own high-tech armor and calls it “Iron Man”.

As you know, Iron Man is the creation of Marvel artists. And one can find some similarities with another character from DC comics. Namely, it’s Batman. This is how they are similar:

But there are also differences:

The Most Incredible Thing About The Hero

There’s something intriguing in the personality of Tony Stark. Namely, how his character becomes morally mature.

At the beginning of the trilogy, Anthony is actually an anti-hero. He owns a company that manufactures weapons that kill thousands of people. However, one can’t say he’s a pure villain. Still, he’s rather selfish and indifferent to the evil these weapons bring.

Tony Stark is one of the most multifaceted and ethically challenging superheroes in Marvel Comics. He often has to make difficult choices between personal and public interests.

After the accident with the missile that was made by his own company and burst next to him, he feels resentment and bitterness of betrayal. He thought that his weapon would serve the world. How cruelly mistaken he had been. Finally, he realizes that he became the one who created one of the most powerful and indestructible weapons the planet has ever produced.

Iron Man is a perfect example of a character that remains relevant even half a century after his appearance. The successful concept and realization provided him with amazing potential and integrated him into the pop culture of the modern era with its rapidly developing technologies.

If you still need help, order an essay for sale. You can always pay for essays and forget about tough tasks! 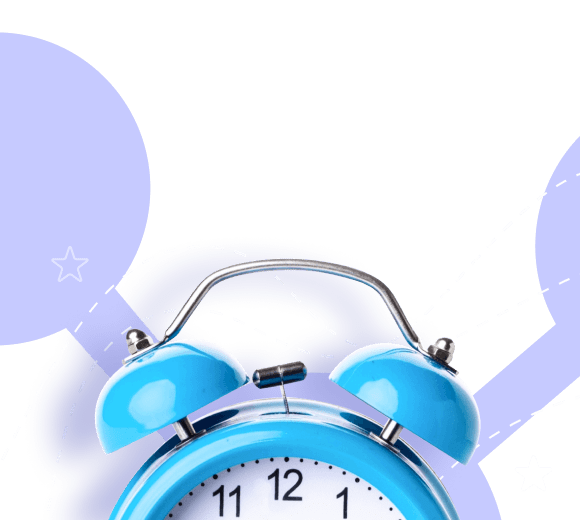