Log InSign Up
Home
/
Blog
/
How to Write an Argumentative Essay

How to Write an Argumentative Essay 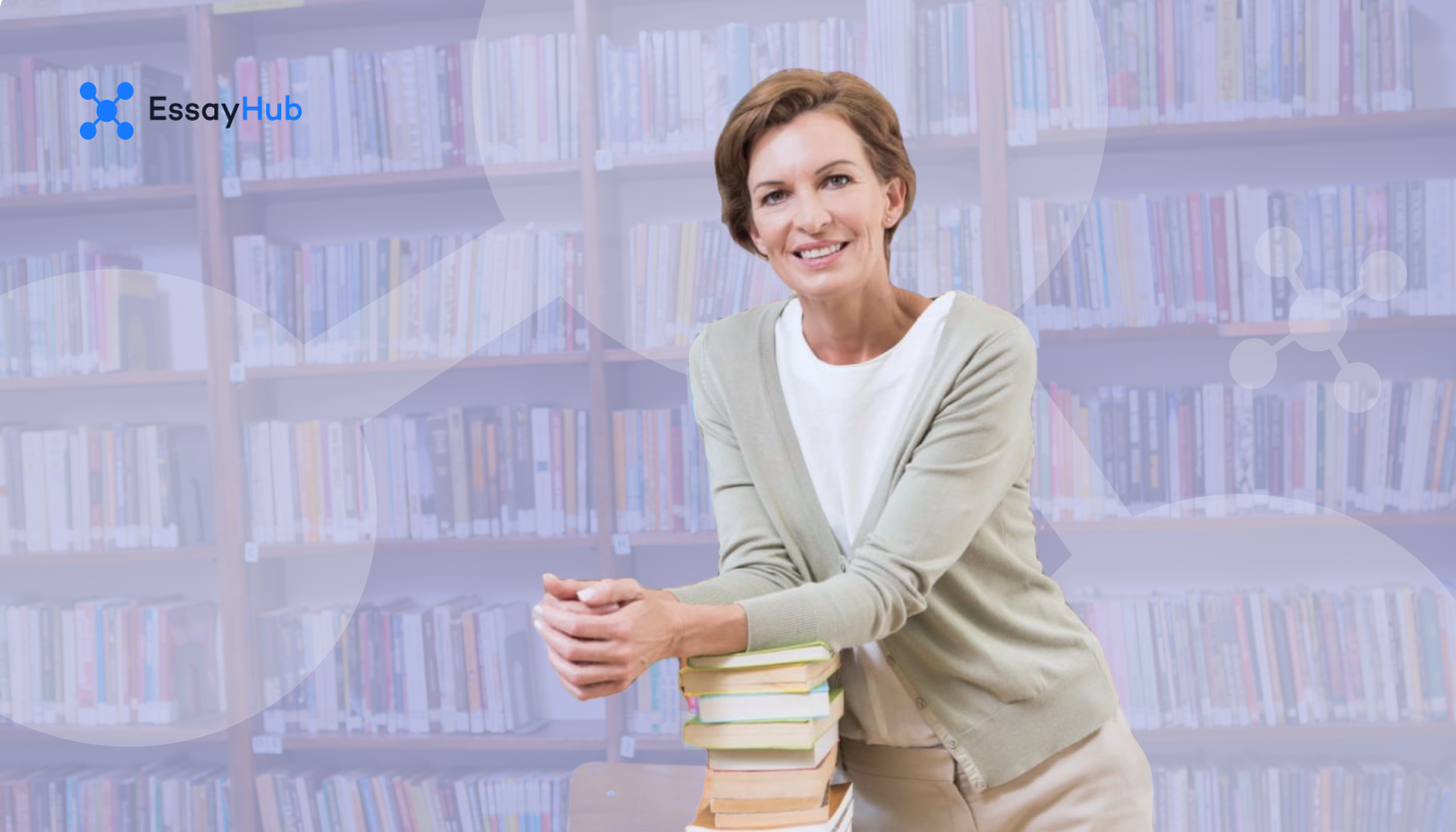 Academic writing is not just about the technical accuracy of your language and formatting of your text; it is about the idea you are conveying and its importance to your reader. The effectiveness of an argumentative essay is secured in its balanced and well-informed opinion. It's truly a complicated task, which is why so many students decide to buy essay online. It's not new that before you put pen to paper, you must first research your topic, but this is much more important when discussing two sides of an argument. You need to ensure that you have factual information from reliable sources. Otherwise, it's best to pay for essay. Once you can honestly say this, you have the perfect foundation for a good and ambitious argumentative essay. Check out the article from our essay writing service written specifically to clarify things. Or just tell us, ‘write an essay for me,’ and our professional service will help you. When writing academically, you are often given your topic to write on. However, most tutors and professors will accept small revisions to these topics for you to play to your strengths, this may be in the simplest form a more focused title rewrite. Your topic is key to the success of your paper; it needs to be current, relevant and has enough material around it for you to research. Attempting this type of writing on a previously unaddressed topic is more of a Master’s Degree/Ph.D. paper due to the fact you will need to facilitate the exploration into both sides of the argument. I’m not saying don’t be ambitious, but you must be realistic.

The next thing to do when choosing a good argument topic is to find out what has already been written. There is no point going head first into a high profile topic that has already been argued to death. That doesn’t mean to say you cannot address the topic, merely that you need to be original in the way that you address it. So, for example; let’s take the topic of Brexit. It ticks all of your boxes – it is current, relevant and there is an abundance of material out there to work with. But what is going to make your paper stand out? You have to find an angle that either no one else has, or that has not been explored extensively. How about:‍

“Do leave campaigners regret their decision now the realities of Brexit are becoming clearer?”

Here you have a “stand by my decision” versus “ regretting my decision” argument. The material is out there and is starting to be written about, but it is in its early stages, so the opportunity for you to write an original piece on it is more likely. It is now that we must differentiate whether this is a good argument essay topic, or a topic for debate.

Finding a topic to write about can seem straightforward, especially if you are given your topic by your assessor. However, creating a good paper is understanding how this translates onto the page. It’s about having the right ideas, building a solid thesis and writing words that give meaning to your argument, it’s using your voice and not leaving any room for a rebuttal.

The best way to determine if your topic is best suited to debate or paper is to try it out. Let’s take our previous topic for example:‍

“Do leave campaigners regret their decision now the realities of Brexit are becoming clearer?”

At this point it is important to understand whether someone could interject, but at the moment it just provokes further investigation.

It may be that you are looking more at moral questions such as “Should it be considered a breach of human rights to take young girls out of the country to perform FGM (Female Genital Mutilation)?” These are all interesting ideas that require the need for further exploration rather than debate. Once you have determined this, you need to know how to begin and the best way is to understand that research is the key.
In order to write coherently, argue your point with conviction your need to:

The internet is a fantastic tool and holds a vast amount of relevant and accurate information, but it can also present you with false information that is persuasive enough to make you believe it to be true. This is where you need to remember the rule of three. Always verify your findings from three different sources and never trust Wikipedia!

All over the world, different cultures have different meanings for the same symbols, terms, and signs. When talking of controversy, it is no different. Take the cosplay phenomenon in Japan – it is the practice of dressing authentically like film, games, comics, and anime characters. Often these characters are depicted as young school girls who are being sexualized. This is seen as inappropriate and indecent in many western countries, but why do we see this as controversial when it was less than 100 years ago that girls' average marrying age was 12 years old in Britain? So, it is important to note the general views of the reader when writing about a controversial topic but also that it may be more important to write about it than to sweep it under the table. Before you decide to write about a controversial topic, you must understand the following questions: 'What is the purpose of your paper?' and 'What is your position on it?' Once you have the answers to these two questions, you can start to think about how to write them.

How to Write an Argumentative Essay

During composition class, you can be given the task of producing an argumentative essay. You'll frequently be asked to defend one of two viewpoints in the question, which often takes the shape of an inquiry. Before you start writing, you should have a clear perspective after studying. The article then makes a case for that viewpoint to persuade the reader through your arguments, evaluations, and analyses.

Choosing a topic and crafting a thesis statement should come first. A compelling thesis statement is essential since it informs the reader of the topic of the essay, allowing them to choose whether or not to read it. It's ideal to select an argumentative essay topic based on your hobbies or areas of passion if you have that option. Starting with issues that concern you frequently or a topic about which you have strong feelings might be a good idea. Once you have settled on a subject or area of interest, start your study and decide what position you will take.

The following stage would be to conduct further research and organize your results. Planning is essential for every essay, but it's particularly important for argumentative essays since you must provide an argument and support it with factual information. All types of reference materials and sources should be used in your study.

Finally, compose your essay after drafting a format. In this phase, you outline your essay's content in a way that both your argument and your reader will follow naturally.

Here's an example of an argumentative essay put up by our writers!

How to Start an Argumentative Essay

When presenting two sides of an argument, you must make your essay balanced to the end - it is only in your conclusion that you express your position on the topic. You need to find a unique opening – nobody wants to reread the title in your first sentence. For example:

Why has the £1 billion raised by Comic Relief not solved the majority of Poverty in Africa?

DON'T: ‘In this exploration of charity work, I will discuss why there is still poverty in Africa.’

DO: ‘Poverty is a fatal disease known to humanity, killing approximately 900,000 people a year (2011 data). I will argue that the charity throughout the last 30 years has had little effect on the Poverty of third world countries as too much of the money raised is swallowed by the organization's administration.’

Starting your essay in the most vital part of your work, make a clear and bold statement about what you will address. Once you achieve this, the essay's body becomes easier; you just need to use the right transition words.

How to End an Argumentative Essay

Concluding your essay is much more about proving your thesis than summarizing your body. Students often make the mistake that they must restate their points in their conclusion – this is a waste of time and words. Instead, your conclusion should be a declaration of the proof of your thesis drawing on your found information; it should be concise and to the point, demonstrating the knowledge you have acquired through your study. In an argumentative essay, the conclusion must show your position on the argument given the evidence you have presented if you have not already done so earlier in your paper; and explain the limitations that your study may have had. All this together will nicely round up your essay. In everything you write as an academic, the key is to ensure your sources are reputable and that you cite them correctly so as not to be mistaken for plagiarism. Each department will ask for specific citation formatting, the most popular being the hazard referencing system; an example of this can be seen below:

In the text: ‘After that, I lived like a young rajah in all the capitals of Europe…’ (Fitzgerald, 2004).

Reference list at the end of the paper: Fitzgerald, F. (2004). The Great Gatsby. New York: Scribner.
Do this for all of your direct references and also list all the sources you used as indirect reference before you hand in your paper. 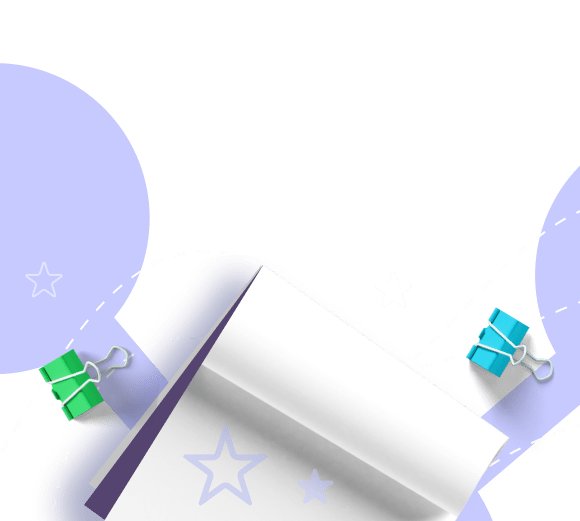